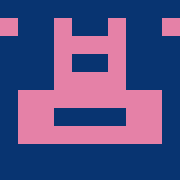 DAY 4 – When visiting Mt. Fuji and Kawaguchiko on a day trip, you have to leave Tokyo as early as possible to maximize your time. Putting Mt Fuji, Kawaguchiko, and Shinjuku day (Shinjuku was initially scheduled on a different day) right after spending the entire day at Tokyo DisneySea is a mistake you SHOULD NOT follow!

To set your expectations, we did not go to the Fuji Subaru Line 5th Station (also known as Kawaguchiko 5th Station). We thought that going there will take much of our time if we were not staying a day or two in the area.

However, Mt. Fuji’s surrounding area during this time is spectacular! Most leaves are in shades of orange, red, and yellow. For someone who’s from a tropical country, experiencing fall for the first time was indeed a magical experience I’ll never forget!

Getting to Mt Fuji and Kawaguchiko

We planned to take the bus to Kawaguchiko since it’s more convenient and cheaper than taking the train. We purchased our bus tickets online and chose the 6:45 AM departure time. When I booked our bus tickets, I did not consider how tired we would be after spending an entire day in Tokyo DisneySea.

As a result, we woke up later than planned! We rushed to get ready and quickly made our way to Shinjuku Station. It took a while to find the right exit. By the time we did, it was already 6:40 AM. We had to cross the street and rush to the 4th floor of Shinjuku Expressway Bus Terminal.

We reached the 4th floor at around 6:48 AM. Our bus had already left and the next available bus was in the afternoon. Leaving in the afternoon was not an option to consider at all. So my friends and I took the train instead.

You can book your bus tickets online through HighwayBus.com. Simply type “Kawaguchiko” in the Search By Keyword box found on the homepage.

Choose the departing station nearest you. In our case, the nearest is Shinjuku Expressway Bus Terminal located in front of Shinjuku Station. Be warned that Shinjuku Station is HUGE!

Alternatively, you can buy your tickets at the bus station. Do take note that tickets are often sold out so better book in advance.

Taking the train takes a little longer than taking the bus. There’s also quite a difference in price. During that time, a one-way bus ride from Shinjuku Highway Bus Terminal to Kawaguchiko Station cost 1,750 yen. Taking the train will cost you 3,500 yen one way.

We took the Limited Express train and alighted at Otsuki Station. There are several trains to choose from, but the one we chose was the earliest to depart. From Otsuki Station, make a transfer to the Fujikyuko Line.

I suggest you take the train if you missed your bus and don’t have any other option (just like what happened to us).

The Road to Fuji-san

I read online that taking the bus to the Mt. Fuji area is a sight to behold. I thought I missed the opportunity but I was wrong! I noticed some passengers started taking photos. When I looked on my left, I saw Fuji-san’s perfect snow-capped tip. It was love at first sight. <3

We got off at Kawaguchiko Station, the last station in the Fujikyuko Line. The moment I got off the train, the freezing wind blew straight through my face! I checked the Weather app and it was 3 °C. It was cold in Tokyo, but it’s freezing in Kawaguchiko!

Outside the station, you’ll see a lot of parked buses. Most of these are for sightseeing around Mt. Fuji. You can also find buses that leave for Tokyo.

You should notice that the Fujikyuko buses are color-coded.

If you only have one day or less, I highly suggest you take the Red-Line. It covers about half of Kawaguchiko, has great scenery during autumn, and takes less time compared to the other lines.

There’s a counter outside the station that sells Fujikyuko bus passes/tickets. We got the unlimited pass for the Red-Line because we wanted to see Fuji-san from Kawaguchiko and visit the Maples Corridor.

Our original itinerary included a short visit to Chureito Pagoda. Because of time constraints, we decided to skip Chureito, and went straight to Kawaguchiko.

After we got our tickets, we got on the next Red-Line bus. A few minutes after we left Kawaguchiko Station, I looked at the back and saw another great view of Fuji-san. It just gets lovelier! About 15-20 minutes through the bus ride, we got off to see Maples Corridor. From the bus stop, it took about a 5-minute walk.

My eyes sparkled when I saw the Maple trees in shades of Red and Orange lined up perfectly. Within a few seconds, I was literally under Maple trees! The trees were so tall and the leaves were so thick that it almost prevented sunlight from passing through.

The place isn’t beautiful all year round. But if your timing is perfect, you’ll definitely appreciate its beauty the way I did. The peak time lasts about a week and usually happens in the 3rd week to the 4th week of November. That being said, you should know that a lot of tourists visit the area during this time.

After Maples Corridor, we crossed the street to Kawaguchiko’s coastline! Take a photo or two, but be warned that it’s way colder and windier in this area. If you’re brave enough, touch the lake’s water!

Extending Your Trip to Mt Fuji and Kawaguchiko

There are a few ways to extend your trip to Mt Fuji and Kawaguchiko. Staying 1 to 2 nights and/or visiting the Mt. Fuji 5th Station are the ones on top of my list.

The next time I visit Mt Fuji, I will make sure that I’ll sleep in the area for 1 to 2 nights. The place is really magical in autumn and winter.

You need to take note that accommodations in this area are quite expensive. It’s better that you book in advance. In this way, you may have more luck in getting a great deal.

Mt. Fuji’s climbing season is from July 1 to September 10. The Yoshida Trail is the one in 5th Station.

Outside the climbing season, you can take the Ochudo Trail. This trail takes you around Mt. Fuji and is great for visitors who can’t climb to the summit but still wish to do some walking.

If you’re in 5th Station during winter, you can experience thick snow. So watch out for that!

Going Back to Tokyo

The experience was okay and the entire ride to Shinjuku was smooth. It’s nowhere close to our buses in the Philippines. I slept in most parts and only woke up when we arrived Shinjuku.

We arrived Shinjuku Expressway Bus Terminal at around 5:00PM. My friends and I immediately looked for something to eat. We never really had the chance to explore Shinjuku. The next time I’m in Tokyo, I’ll make sure to have more time to do so.

We passed by many roads and didn’t really know where we were going until we saw a restaurant that attracted us for no reason at all.

When we looked through the menu posted outside the restaurant, we found that it was cheaper than most restaurants in the area. Bonus is that they mainly serve fried chicken.

We went in and ordered food. Like in several restaurants in Japan, there’s a machine that gets your order. I forgot what flavor I ordered but I think it’s the curry chicken flavor. We sat down, and waited for our orders to arrive.

After our super late lunch / early dinner, we walked around because it was too early to go back to our apartment.

Back when I was researching for our trip, I came across a really catchy store named Tokyu Hands. It’s a Japanese department store that started off as a DIY store. They’re all over Japan, but we went to their store in Shinjuku.

There store in Shinjuku is inside Takashimaya Times Square located south-east of Shinjuku Station.

They sell a variety of items such as cosmetics, school supplies, homeware, perfume, skin care products, medical products, bags, and a lot more!

Because we missed the bus, we had to take the train to Kawaguchiko. It took us more time to reach our destination and had to cancel some of the places we intended to visit. On a brighter note, we discovered a great chicken place in Tokyo! I mean, who does not love chicken?!

This day didn’t go exactly as planned but it’s okay. Sometimes, plans don’t happen exactly the way you want them to because there’s something better for you. 🙂